Veganism is the most effective way to combat climate change. A popular slogan used by proponents of the vegan diet. 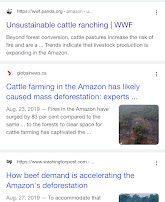 One click on the internet and you can see Hundreds of headlines and news articles saying how huge chunks of Land are cleared everyday to make areas for Cattle farming and grazing.

As a result, a movement known as veganism has emerged.In dietary terms it means abstaining from all products derived partially or wholly from animal sources ( The vegan Society ) .

Veganism started as a fringe movement but in a short period of time it gained momentum and is mainstream now. Vegan or Veganism is usually a philosophy and way of living which seeks to exclude—as far as is possible and practicable—all forms of exploitation of, and cruelty to, animals for food, clothing or any other purpose; and by extension, promotes the development and use of animal-free alternatives for the benefit of animals, humans and the environment. 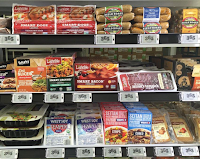 Vegans are frequently seen arguing that dairy and cattle production are harmful to the environment, some of the adverse effects Dairy farming have on the environment are air pollution ( greenhouse gases) , water pollution , resources uptake and deforestation but are not limited to this.Thanks to years of advancement and study( mostly done by vegan food producers). Veganism has now become a mainstream idea and so has vegan food.

Milk, one of the most popular and staple beverage in many parts of the world, is starting to fade with the advent of vegan milks like cashew milk, oat milk, almond milk, hemp milk( the most recent) and many more but one may ask how nutrient dense these products are and how credible they are as a source of balanced food. The doubt is genuine , The FDA itself had trouble using the term milk to refer to vegan milk in 2018. 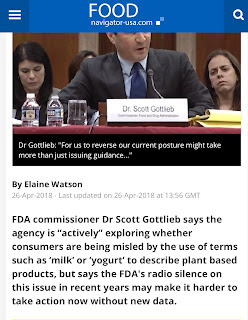 The recent trend in the rise of vegan milk consumption is also due to :-

September 14, 2020
How many times as a consumer you have walked inside a grocery store or liquor store or a fast food junction and asked the question ‘Is my food ethically made?’. Conscience is an ability that distinguishes whether one’s actions are right or wrong. There are many companies that let go of their conscience and follow unethical practices , so this serves as a potential risk for the consumer. These insatiable hunger for profits often cloud the judgement of manufacturers, and this temptation leads to adulteration, or inferior quality food commodity being made. I could not think of a company that would love to lose its revenue. One example of this unethical practice was made by Nestle. In 2018 Nestle India was served with summons regarding their excess content of MSG in their top selling commodity Maggie noodles. The company tried to add extra MSG to their spice recipe, MSG is a flavour enhancer and there are limits set to its consumption. MSG is also linked with its potential carcinogenic e
7 comments
Read more