Hey my People, I recently got the opportunity to work in a food biotech lab with allergens , and while doing so

I found myself stumbled upon this horrific thought.

What if I could Die from a Kiss? Well for most of us this sounds far fetched from reality but if you are allergic to Peanuts and you kissed your partner who had peanuts right before kissing you, light out for you my friend.

Food Allergies have been around for Decades, people have been suffering from them from time unknown. Just like it's origin , it’s mechanism is also unknown.  Researches and studies show that certain proteins trigger the reaction, but in order to learn about allergies let’s dig a little deeper.

but are not limited to these food products. 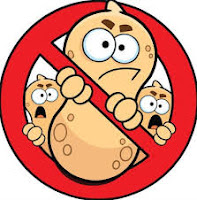 Peanut allergy is the most common allergy in the US affecting 1 in 40 children. Who knew that a harmless looking peanut butter jar could be life threatening to some. While it may not sound so bad but allergies have filled more ICU rooms than the COVID ever will. One bite of that tasty PB jelly sandwich and an allergic person can end up with symptoms like :-

Or in a more severe case an Anaphylaxis shock.

At the moment we know of 400 plus proteins that cause allergies from over 170 foods . Shellfish tops the charts for causing maximum numbers of adult allergies. Yes you read it right , Adult allergies . Allergies can develop at any stage of life , you don’t have to be born with one .Food  Allergy can be defined as the immune response to certain proteins that we eat, even a tiny amount can be fatal.

Food allergies are totally different from Food intolerance, intolerance usually occurs due to the lack of enzymes that help us digest certain foods but Food allergy is an immune response to certain proteins, to understand this let’s look closely to what happens when an allergy is triggered by Shellfish. Shellfish is a delicacy enjoyed around the world , but what causes the allergic reaction?  A protein by the name Tropomyosin . This protein is common in Shrimps and house mites . The moment this food allergen enters the body ( of an allergic person) the fighter cells of the body start treating Tropomyosin as pathogen or a germ. This takes place at molecular level and leads to IgE ( immune cells) interacting with food particles. This interaction leads to the release of Histamine ( culprit) from the mast cells Thus, we get Allergies.

Lately the number of allergic reactions are on the rise. 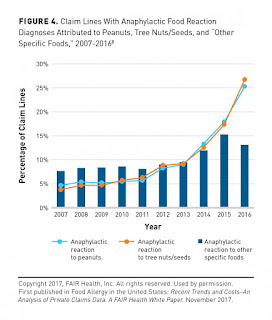 Is it a better diagnosis or Is our food getting worse? Well nobody really knows where to throw the blame. Diagnosis technology has improved drastically in the last two decades and due to this doctors around the world have been able to help more people find out about their allergies and save many lives. New approaches to tackle the food allergies have been recommended by the doctors , where an allergic food is introduced to a child in the early stages of life in small quantities contrary to the earlier approach of steering as away from these allergens as possible .

At the same time food norms and Food process technology too has gotten better throughout the world , with companies manufacturing safer and better food. So where does the problem lie?

A very popular hypothesis by the name of the Bygone hypothesis or the Hygiene hypothesis suggest that due to humans being too clean, we have given rise to these allergies. Our homes, lifestyles and food have changed drastically over the last decades. We have become more Hygienic and due to this we hardly encounter any germs or pathogens in our environment. This sometimes leads to the body confusing certain Proteins as harmful thus, triggering an immune response. This hypothesis is true to some extent as the number of food allergic reactions are far higher in developed nations ( USA, Canada ) compared to undeveloped countries ( India , Africa , Pakistan) . 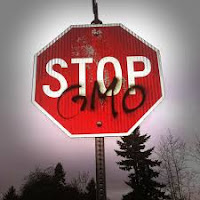 Now another popular belief suggests that due to Gene Modification the number of cases are on the rise , but I beg to differ from the popular belief . Gene modification or GMO foods are usually made by inserting or removing a gene of interest . Great emphasis is laid on the research work and years are spent before launching a GM food in the market. Soy and corn  are the most genetically modified foods, if this belief was true then we would have seen the spike in soy and corn related allergies too, but sadly that’s not the case. To my best knowledge and understanding I think Gene modification is not the enemy, it is our ally in disguise. We can use Gene Modification in our favour, to employ the tools of GM and try to eliminate the allergen( protein) making gene from the food, but this idea is far from happening. My take on this would be to pay close attention to how you feel when you eat foods that are not a part of your staple, and do not neglect the signs your body throws at you.

October 19, 2021
Veganism is the most effective way to combat climate change. A popular slogan used by proponents of the vegan diet. One click on the internet and you can see Hundreds of headlines and news articles saying how huge chunks of Land are cleared everyday to make areas for Cattle farming and grazing. As a result, a movement known as veganism has emerged.In dietary terms it means abstaining from all products derived partially or wholly from animal sources ( The vegan Society ) .  Veganism started as a fringe movement but in a short period of time it gained momentum and is mainstream now. Vegan or Veganism is usually a philosophy and way of living which seeks to exclude—as far as is possible and practicable—all forms of exploitation of, and cruelty to, animals for food, clothing or any other purpose; and by extension, promotes the development and use of animal-free alternatives for the benefit of animals, humans and the environment.  Vegans are frequently seen arguing that
Post a Comment
Read more